Just an hour’s drive from each other, Hever Castle and Leeds Castle can both be visited in a single day with one of our Tailor-Made Tours of South East England. Across these two magnificent sites, you will dive into medieval and Tudor history, discovering the true stories that inspired popular works of drama and literature, such as the BBC’s The Boleyns and Hilary Mantel’s immensely popular books that form the Wolf Hall trilogy. We’ll uncover over 900 years of English history and enjoy astounding surroundings. Whether taking pictures is your thing, or immersing yourself in stories of the distant past, this tour showcases some of the best England has to offer.

There’s no shortage of beautiful sites in Kent, the garden of England. Hever Castle, though, unquestionably ranks among the county’s great jewels, an atmospheric and historic destination that has long been a favourite of our guests here at John England Tours. Join us for a private, guided tour of the castle and we’ll walk through the great halls and rooms of the castle’s interior. With the home dating back to the 13th century, it’s no surprise to learn that this has been the location of many dramatic chapters in England’s history, particularly in relation to the monarchy.

Hever Castle was once the childhood home of Anne Boleyn, the second wife of Henry VIII and mother of Elizabeth I. Henry VIII would often reside at the nearby Bolebroke Castle as he began to court Anne (a courting that would lead to marriage, queenship, and, infamously, Anne’s beheading).

The castle’s history will be brought to life as you gaze upon centuries-old tapestries, furniture, and room upon room of antiques (including two prayer books belonging to Anne Boleyn, signed with her name). It is also here that you will be able to get up close to many of the Tudor age’s most famous personalities as Hever Castle is home to one of the greatest collections of Tudor portraits. And some even say that among these historic objects, a ghost can occasionally be encountered — is it Anne Boleyn herself?

You will also learn about the castle’s recent history and its time in the possession of the wealthy American businessman William Waldorf Astor, whose passion for the property and deep pockets ensured its restoration. After an exploration of the interiors, we can then enjoy the site’s immaculately kept gardens, some of the finest in all of England.

Join us for a visit to Hever Castle and leave with a rich new insight into several extraordinary periods in English history, such as the Wars of the Roses, Henry VIII’s reign, and the Reformation. This picture book castle is sure to fire the imaginations of all visits, young or old.

With crenellated towers, banqueting halls, and a large moat encircling the entire site, Leeds Castle is the quintessential English castle. Constructed as a Norman stronghold in the 12th century, the castle has evolved through the centuries into the breathtaking construction you see today. Later, it would be the preferred residence of King Edward I and a home to Catherine of Aragon, Henry VIII’s first wife.

Upon arriving at the castle where we’ll begin our tailor-made tour, some guests may recognise the enormous structure before them: the castle has recently featured in the popular Netflix TV show, Great British Castles, presented by the historian Dan Jones. It’s likely that the first incarnation of the castle was a motte and bailey, but through the ages the fortifications have expanded and the surrounding swamps were dug out and transformed into an expansive moat.

The first major investment in the castle and expansion of the site was under the reign of King Edward I (also evocatively known as ‘Edward Longshanks’ and ‘the Hammer of the Scots) in the 13th century. Since that time, the castle has been owned by a variety of notable figures, most famously Henry VIII who refurbished Leeds Castle for Catherine of Aragon.

Today this treasure box of wonders invites over 200,000 guests each year. You can expect to be taken away to another time as you explore the halls, dining rooms, and book-lined library. The historical periods of the middle ages, Tudor era, and English Civil War will be brought into focus through the castle’s collections of paintings and priceless antiques. And, finally, as you explore the large grounds of the castle, you can even venture into a garden maze.

This is one of the most striking historical destinations in the UK — a must-see attraction for lovers of history.

Hever Castle and Leeds Castle encompass two of England’s most popular historical sites, and two of the most captivating locations in the beautiful county of Kent. However, few tour companies give you the opportunity of exploring both destinations in one day. With John England Tours you’ll be given guided tours of both Hever Castle and Leeds Castle, and enough time will be reserved to allow you to take in all in at your own pace.

Be kept informed by following us via our social media links and subscribing to our emails at the base of this page. 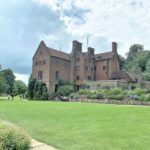 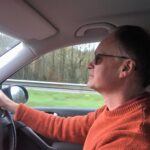 7 avoidable mistakes visitors in England make when booking a private tour
July 1, 2021John Coupland
We use cookies on our website to give you the most relevant experience by remembering your preferences and repeat visits. By clicking “Accept All”, you consent to the use of ALL the cookies. However, you may visit "Cookie Settings" to provide a controlled consent.
Cookie SettingsAccept All
Manage consent