Fascinated by Britain’s WW2 history? Join John England Tours and explore World War Two historical destinations in South East England. With our Tailor-Made Tours of South East England, we can take you on two private tours within the same day.

Explore Dover’s WW2 history as we visit Dover Castle, where we’ll learn about the secret underground tunnels that allowed Admiral Sir Bertram Ramsay to plan the Dunkirk evacuations. Then we’ll visit the Battle of Britain Memorial to pay tribute to the heroic pilots who selflessly risked everything to ensure the freedom of these islands. This trip will also include time spent at the iconic White Cliffs of Dover.

Or, join us for a guided tour of Sir Winston Churchill’s home at Chartwell. At this National Trust site, we’ll learn about the private life of the greatest wartime leader that Britain has ever produced. See where Churchill painted, wrote many wonderful works of history, and spent time with his family. We’ll combine this tour of Chartwell with a visit to the Biggin Hill Memorial Museum, which preserves the memory of Britain’s most famous fighter station by sharing the stories of those who served there.

Read on to learn more about these private tour destinations. If you have any questions regarding our tailor-made options or any other tours, please get in touch.

If you prefer to focus an entire visit on just one of these sites, Dover Castle and Chartwell are available as standalone tours in our Private Day Tours range.

Dover Castle’s early history stretches back to Roman Britain and beyond, which we’ve written about previously on our Dover Castle & The White Cliffs blog, but the aspects of its story that would later make it a site of strategic importance during WW2 start in the Napoleonic Era.

In the early 19th century, William Twiss, the Commanding Engineer of the Southern District, decided to bolster Dover’s defences. He completely remodelled the cannon positions and defensive walls surrounding Dover Castle and turned Dover itself into a garrison town. Needing a new barracks and extra storerooms, Twiss set his engineers to work building a network of tunnels 15 metres underneath the castle. Although the tunnels would see little use during the Napoleonic Wars and for the rest of the century, they would have immense importance during World War Two.

With the outbreak of war in 1939, the tunnels were converted into air-raid shelters before being developed into an underground hospital and military command post. In May of 1940, Admiral Sir Bertram Ramsay directed Operation Dynamo, the effort to evacuate trapped French and British soldiers from the beaches of Dunkirk. The evacuation of Dunkirk was to be of pivotal importance for the British war effort. It is no exaggeration to say that Britain’s continued participation in the war would have been impossible had Ramsay’s mission failed. But the mission successfully brought home 338,226 British and allied soldiers, a strategically vital event and no less vital for the morale of the British people.

The event was, of course, recently given Hollywood treatment in Christopher Nolan’s 2017, Oscar-winning film, Dunkirk.

Admiral Ramsay was knighted by King George VI for his efforts, but his war wasn’t to end there. Ramsay was involved in four more major operations during the war, including the two-year defence of Dover’s coastline, where it was feared Hitler would try to attack (which indeed he would have done with his proposed Operation Sealion had it not been for the brave fight of British and allied pilots during the Battle of Britain.)

Tragically, Admiral Ramsay died in a plane crash in 1945 when he was on his way to meet General Montgomery. Today a statue of Ramsay (pictured above) stands on the grounds of Dover Castle.

The Battle of Britain Memorial

“Never in the field of human conflict was so much owed by so many to so few.”

Sir Winston Churchill on the Battle of Britain

Located just 15 minutes by car from Dover Castle is The Battle of Britain Memorial. Lasting just over two and a half months, the Battle of Britain was a major turning point in the war. Many regard it as Hitler’s first major loss in the war, effectively ensuring he wouldn’t be able to force Britain into signing an armistice and cancelling any plans for a full-scale invasion of Britain.

The site features a memorial to the few and a visitor centre that employs interactive audio-visual exhibits to give guests some understanding of what it would have been like to fly in the Battle of Britain.

The memorial is a statue of a young pilot staring into the distance, contemplating the Herculean task before him. The sculptor, Harry Gray, was stuck for ideas when he first came to design a tribute to the pilots, but when he looked upon his young assistant sitting, deep in thought, the moment of inspiration struck him. It’s a moving memorial to the brave men who sacrificed so much to ensure their country’s, and ultimately Europe’s, freedom.

Her Late Majesty Queen Elizabeth the Queen Mother performed the official opening ceremony in a helicopter flight over the memorial. The conditions that day were so poor that the pilot suggested they cancel, but the Queen Mother is reported to have said, “My boys never turned back; we will carry on.”

Sir Winston Churchill’s former home at Chartwell, today lovingly cared for by the National Trust, is unquestionably one of Britain’s premier destinations for WW2 history enthusiasts. Here, the legendary wartime statesman enjoyed time painting, wrote many volumes in his exquisite prose, and lived with the family he loved so dearly.

Famous and appreciated worldwide for his leadership during WWII, Churchill was a Renaissance man: aristocrat, historian, linguist, painter, politician, First Lord of the Admiralty, smoker of fine cigars and drinker of legendary quantities of scotch and soda. There’s no better way to get a feel for the man than paying a visit to the house where he was most happy.

Many wonderful tributes, portrayals, and biographies of Churchill have been produced, but time spent at Chartwell gets beyond the superficial. Here, you get a feel for the man’s personality. It’s the perfect day out for those interested in his life.

The beauty of a visit to Chartwell is uncovering new sides to the great man. Guests encounter Churchill as a family man, writer, and, perhaps most delightfully, as a gifted pastoral painter. Many of our guests don’t realise that Churchill was a painter, let alone a rather accomplished one!

The extensive collections at Chartwell are certainly a highlight, especially the paintings and getting up close to the very desk where Churchill composed some of his most famous speeches. Speeches, it may be said, that rank among the most important in the history of mankind.

Before leaving Chartwell, be sure to leave yourself time to enjoy a meditative walk around the gardens. Churchill was immensely fond of his gardens, and he spent a great deal of time among this splendid natural landscape. Movingly, the garden features a playhouse built for his daughter Mary and a Rose Garden planted as a token of love for Lady Churchill. Their children gave them a collection of golden-coloured standard roses to mark their golden wedding anniversary, hence the Golden Rose Avenue which may be enjoyed by visitors today.

Travellers particularly interested in the life of Churchill may wish to consider our Private Tour to Churchill’s Chartwell, a shorter tour focused entirely on Chartwell.

As part of one of our tailor-made tours, we can take you to Chartwell and The Biggin Hill Memorial Museum, all in one day. First opened in 2019, the museum tells the story of the RAF’s most famous fighter station.

The museum’s exhibition space is divided into four sections – Early Years, Station Life, Community Life and Remembering – that together tell the story of the Battle of Britain from the perspective of those who were directly involved.

War-era artefacts bring the history to life, and you leave with a meaningful insight into how life was lived during those imperilled months. WW2 was the greatest existential threat that Britain ever faced. The Biggin Hill Memorial site and Museum are not only enjoyable places to visit, but they’re important – they remind us of the sacrifices that must never take for granted or forget.

If you have any questions or comments regarding these tailor-made tour options, please don’t hesitate to contact us. 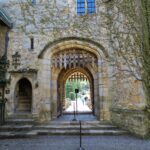 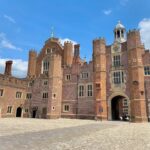 A Guide to Hampton Court Palace
March 16, 2022John Coupland
We use cookies on our website to give you the most relevant experience by remembering your preferences and repeat visits. By clicking “Accept All”, you consent to the use of ALL the cookies. However, you may visit "Cookie Settings" to provide a controlled consent.
Cookie SettingsAccept All
Manage consent